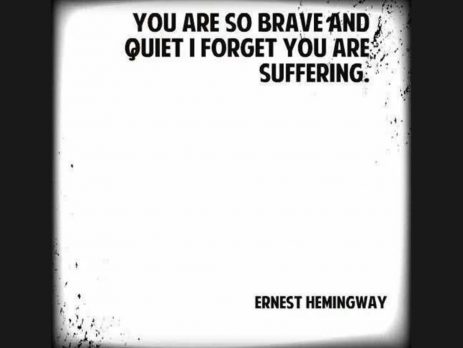 As Hamish went to the Dawn Service yesterday wearing his Great Grandfather’s war medals it made us think about all Type 1 Diabetics who, on a daily basis, battle a war of their own.

Type 1 Diabetes is an unforgiving, frustrating – and what a lot of people don’t realise – life threatening condition. It’s often referred to as an invisible disease because from the outside, there is no real way to indentify someone with Type 1 Diabetes. On the inside, however, it’s different story. With a pancreas that refuses to work there is a huge amount of effort and involvement just to stay alive.

For those of you with a fully functioning pancreas, you will automatically produce enough insulin to take the most important energy source, glucose, from your bloodstream and into your cells to create energy. For a Type 1 Diabetic, the Pancreas has given up the ghost so the glucose needs to be manually ‘managed’ otherwise if it builds up in the bloodstream it can be fatal.

The other half of the fight
The physical ‘management’ of diabetes, though, is only half the fight. The other half is the symptoms, feelings and emotions that come along with having blood glucose levels that are out of whack.

When Hamish is low – what we call ‘having a hypo’ – he describes it firstly as a feeling in his chest, like his heart is racing. He then gets shaky, loses focus and can’t continue doing what he was doing. If his levels are dropping quickly, he can feel sick and he will often be pale and sweaty. Sometimes he gets upset as he feels so rotten.  The only way to change this is with food  – usually a juice and biscuits – and then hopefully, within 10-15 minutes he feels better. Sometimes it doesn’t happen and despite eating he gets lower or has no change. This is when we revert to a straight hit such as a teaspoon of honey! Across the last seven days, Hamish has had 10 of these hypos. This means that Hamish has felt this bad at least once per day, sometimes more. And it’s not a fleeting feeling. It can hang around for a couple of hours where he finds it hard to concentrate or get back into the action.

The flip side  – ‘hypers’ – are where his blood glucose levels are too high. Despite what you might think this does not make him hyperactive! Quite the opposite in fact. Hamish will feel sluggish, heavy, sick, thirsty and will need to wee a lot as his body tries to dump the excess glucose from his system. We have also noticed that his pupils get really large and he will be moody and quite irritable. The only way to fix this is with another jab of insulin to try and get that glucose out of his bloodstream and into the cells of his body. Untreated, ‘hypers’ can lead to a condition call ketoacidosis, which makes you incredibly ill and requires a hospital trip. Across the last seven days, Hamish has had 7 of these hypers – again, he has felt this awful at some point every day over the last week. This is the life of a Type 1 Diabetic.

Brave, resilient, he doesn’t give up
So in between needles and tests, highs and lows there is not much space. The battle of Type 1 Diabetes is fierce.

In Australia alone there are around 120,000 Type 1 Diabetics like Hamish, feeling a similar way every day –  and probably you wouldn’t even know it. They carry on in silence, waging their own personal war to stay alive.

Ironically, Hamish couldn’t join the Defence Force with his Diabetes (in their words “it is not compatible with ADF service”) but that’s OK, he already has enough of a fight on his hands.

We know our little soldier is brave and resilient. He doesn’t give up despite what he must feel at any given time in the day. He is our hero.

From Jen, Brad and Hamish, saluting all the fellow Diabetics 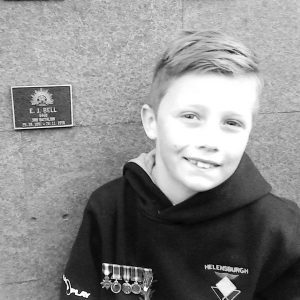