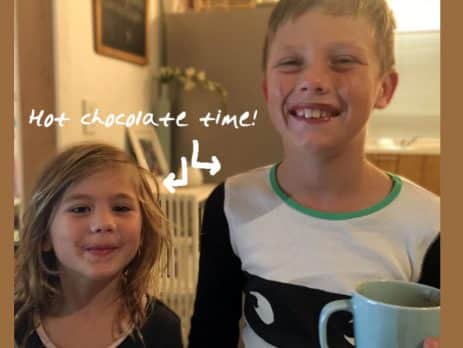 A couple of months ago Hamish announced out of the blue that he knew why he wasn’t invited to a friend’s birthday party. “He said he wanted to invite me but his mum said she didn’t know how to deal with my Diabetes.” Uggh. Really? We were both seething inside, furious and heartbroken.

Don’t get us wrong – we weren’t mad because he wasn’t invited to a birthday party, or that the mum didn’t want to deal with his Diabetes. He won’t be invited to every party (that’s life!) and we don’t begrudge anyone who finds Type 1 Diabetes all too hard. It’s not their problem to have and they shouldn’t have to to worry about it if they don’t want to. Our anger and sadness came from the fact that the mum would actually give that as a reason to her son – if you have to say anything, couldn’t you think of something else other than his Diabetes?

We always ensure that Hamish doesn’t see Type 1 Diabetes as an obstacle in life #diabeteswontstopme. But here it was plain as day as an obstacle. It ruled him out for a party.  As we were explaining to Hamish that not everyone feels that way and he shouldn’t worry about it, he responded “It’s OK, at least he wanted to invite me!”. Ever the optimist. #proudparentmoment.

Sorry, what was that question?

It’s situations like this and other throw-away lines often uttered about Diabetes that can really get your back up. We probably unwittingly said a few of them ourselves pre-Diabetes but here are some of the classics we have heard over the last few years:

“Did he eat too much sugar when he was younger?” No. It’s an auto-immune disease. It’s genetic.

“At least it’s not life threatening”  Yes it is. Every day.

“It’s cured by insulin isn’t it?” Insulin is not a cure, it’s a way to stay alive.

“Well he will probably grow out of it” No he won’t. Until they find a cure it’s forever.

“It could be worse” Yep, guess it could be but it doesn’t make it any easier or less painful/stressful/life threatening/etc etc.

“How did he catch it?” See answer to “Did he eat too much sugar.”

“I think that cinnamon cures diabetes?”  No, it doesn’t. There is no cure.

“So he can’t eat sugar?” Yes, he can. And it’s not really about sugar it’s about carbohydrates and glucose. You need to balance how many carbs he eats with doses of insulin so that… oh never mind, it’s complicated.

At the end of the day we know that there is no malice or ill-will behind these questions or statements. It’s just a lack of understanding and as we said before, probably where we were before we were thrust into the world of Type 1 Diabetes.  It’s much like someone asking a couple “when are you going to start a family?” without thinking that maybe they are having problems conceiving. It’s a painful question to them but to you, it’s just conversation.

So, with each conversation perhaps we can change another person’s perception or understanding of Type 1 Diabetes, and in the process we can try to not let it get under our skin. We are going to take a deep breath and explain…

Signing off and trying to be totally Zen. Jen, Brad and Hamish 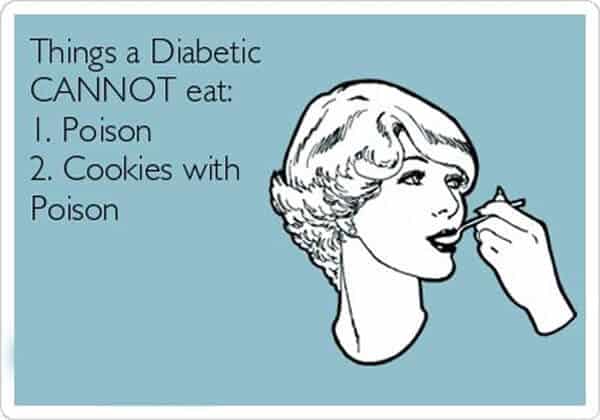