Tired or the Diabetes? 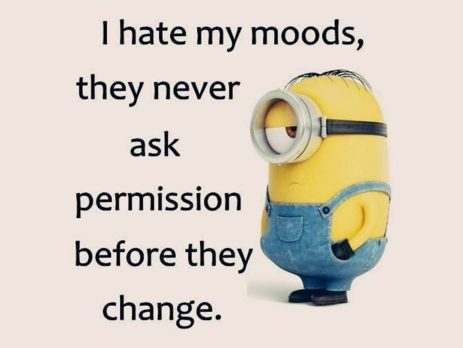 Tired or the Diabetes?

Last night we let Hamish stay up a bit so he could keep reading – he had just started Harry Potter and the Philosopher’s Stone on the weekend and couldn’t put it down. As it got a little bit too far past his bed time and we called ‘book down’ things went a bit pear shaped.  A missing bookmark elicited a slight tone of panic, a “c’mon, hurry up” bought on tears and a stern “Hamish” a complete emotional outburst.  Was he just tired or was it the Diabetes?

It’s not just the lows that make Hamish emotional. If he is too high he can also be angry and defiant. He takes on a cowboy stance and is ready to shoot anyone in his way! We notice that his pupils get really big and we are unable to reason with him on any level. Now, this is also what it is like to deal with a 9 year old and we have been caught out thinking it is the Diabetes and after a quick blood test find out he is all good!  He is just being 9.

That said, it doesn’t take away from the emotional roller coaster of a diabetic life. Fluctuating blood glucose levels can make it really difficult for Hamish to control how he is feeling. For a child, that’s a fairly big burden to carry and we often tread a fine line between excusing some behavior because of Diabetes and teaching him that certain actions are just not acceptable.

We try to mix a little bit of compassion with a little bit of “you can’t act like that mate”  – but that’s not to say we don’t lose it at him at times and then feel terribly guilty when we realise it was probably out of his control! Once the dust settles, we just try to go over what happened and help Hamish work out how he can tell when he is not himself due to his blood glucose levels and do something about it.

Consistent eating patterns definitely help. A long period between food is not good for Hamish  and we are trying to teach him to read the signals of when his mood is being affected by lack of food. It’s a pretty amazing transformation, like Jekyll and Hyde pre and post that first bite of food.

On the whole, Hamish’s mood swings that are caused by Diabetes (vs the ones where he is just behaving badly!) are short lived and easily navigated out of. It does take patience – which being honest we sometimes don’t have – and a quick response with either food or insulin and we are out the other side. Not so bad in the scheme of things but it can take its toll.

The burden of Diabetes can bring on feelings of helplessness and frustration in both the Diabetic and those who care for them. For us, this can be compounded by a period of little sleep after getting up multiple times through the night or where we just can’t seem to get Hamish’s diabetes under control. In these times we need to come closer together (all three of us!) to ensure that we have a clear head to see our way to the other side. We do get through it,  as do the thousands of families who also deal with this every day. Hat’s off to you all.

Yours in a “Is it the Diabetes?” permanent question

As a foot note, ‘Diabetic Burnout’ – where the thought of managing Diabetes becomes very overwhelming –  is a known outcome of living with Diabetes. Over a long period of time this can also lead to depression. If you are having any of these feelings there are people that can help – talk you family, friends, your doctor or endocrinologist . You can also contact organisations like www.beyondblue.com.au or www.blackdoginstitute.com.au