We could have lost him 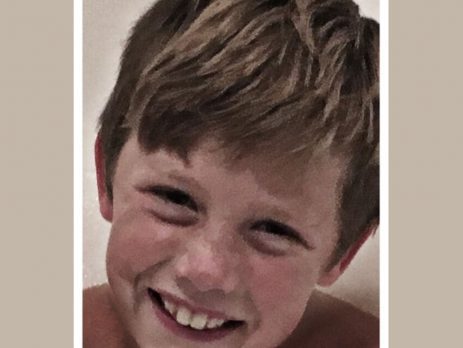 We could have lost him

One night last week, we did the usual 11pm BGL test to check that Hamish’s levels were OK. 10.2 was the reading. Slightly on the high side and according to our insulin chart, we needed to give him half a unit of insulin. For some reason (who knows why, maybe parent’s intuition?) we decided not to give him any and thought that based on his levels, how he had been trending the last few nights and the type of day he had had we could happily let him sleep through the night, no 3am BGL test.

For some reason (who knows why, maybe parent’s intuition?) one of us  – Brad – woke suddenly just before 3am and decided that given he was up, he may as well test Hamish.  2.7 was the reading. What?! How did that happen? We were thankfully able to wake Hamish, get him to drink some juice then eat some biscuits and within 30 mins he was back to a good level.

The next morning we sat talking about how he had dropped so low and what would have happened had Brad not woken up. With Hamish having zero awareness of hypos in the middle of the night we are his only line of defence.  His long acting insulin would have continued to release and his BGL would have continued to drop. 2.7 is bad enough but any lower and he could have fallen unconscious. We could have lost him. It’s so frightening to think that a decision not to get up at 3am – and one that all sense and reason would have told us was a fine decision to make – could have been so devastating.

So how do we deal with this? Well we really only have two options – wake up every night or use technology. For us, we will continue to get up at 3am (or thereabouts) to ensure he is OK. Type 1 Diabetes is such a frustratingly  unpredictable disease and we have had a stark reminder that we can never trust anything. Just because something happened the night before, doesn’t mean it will happen again. What seemed like a perfectly fine reading nearly turned into disaster.

Our other option is CGM – Continuous Glucose Monitoring. We have heard parents of kids who use a CGM say how it has saved their child’s life a number of times and now we know what they mean. Using a needle, an electrode is inserted under the skin (usually on the stomach) and is connected to a device that will continuously track blood glucose levels. If it starts trending down, a monitor will alarm, waking both the child and depending on the brand of CGM the parent to treat an impending hypo.

A great system but at the moment, not within the reach of every family. It’s currently not subsidized by the Government and a standalone CGM  can cost around $1,600 for a starter pack. Then there are the supplies on top of that which are also not covered and can run to over $5,000 a year. There has been a lot of publicity around this lately with the Liberal Government pledging to provide every child with one of these machines if they are re-elected. (read more about that here https://www.diabetesaustralia.com.au/news/15239?type=articles)

We have a child who doesn’t want any device attached to his body. It’s not a massive device but it’s there and at the end of the day, it’s his decision. We think that Hamish goes through enough already dealing with his Type 1 Diabetes so as a parent, the least we can do is get up at 3am to check he is ok.  And we will be getting up. You can start to get a bit complacent at times with Type 1 Diabetes and then something like what happened to us comes along and throws a bucket of ice water over you.

We can’t be complacent and we can’t think something will never happen to us because it can and it almost did. We definitely hugged Hamish a little bit harder that next morning and thanked our lucky stars (and Brad’s intuition) that he made it through another night.

Yours with the alarm permanently set